You are here: Home / About Us / Our Staff 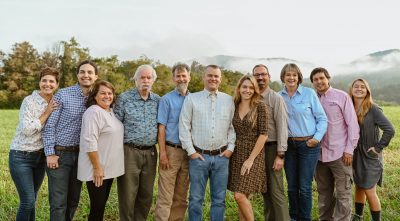 A group of devoted individuals, with diverse skills and backgrounds, the Mainspring staff is proud to carry forth the legacy of conservation in the Southern Blue Ridge to ensure the natural and cultural resources and beauty of this region remain for generations to come. 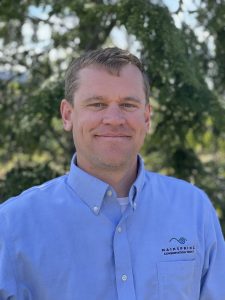 Jordan Smith is the executive director for Mainspring, becoming the third person to lead the organization in its 20+ year history. Raised in western North Carolina, Jordan spent much of his youth outdoors before leaving the mountains to earn a degree in Wildlife Management from Auburn University. He worked for Brosnan Forest with the Norfolk Southern Corporation in Dorchester, South Carolina in a number of roles, including Field Supervisor of the 16,000-acre working forest, and for The Westervelt Company in Tuscaloosa, Alabama, as their Hunting Lease Manager and Recreational Properties Coordinator.

Jordan first joined Mainspring in 2016 as its land conservation director, managing the initiatives of Mainspring’s land protection program, including landowner outreach, receiving conservation easements, and land purchases and sales. He was selected by the board of directors as executive director on March 1, 2020.

Jordan spends the majority of his off-hours traveling and enjoying the outdoors with his two daughters. The owner of 2 Girls Honey Company, Jordan also enjoys hunting, fishing and gardening. 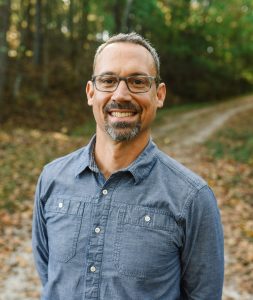 As Deputy Director, Ben oversees Mainspring’s aquatic and riparian restoration programs and brownfields work. He also works closely with the Executive Director and, with the ED and Finance Manager, preparing and tracking Mainspring’s annual budget.

Ben joined Mainspring in 2012, first as Restoration Coordinator and then as Associate Director. Prior to that, he spent eight years as a Senior Biologist/Project Manager at a North Carolina-based environmental consulting firm, with projects located throughout the Southeast.  Ben’s responsibilities included agency coordination and project management, technical guidance, proposal and grant writing, survey coordination and implementation, and Environmental Assessment preparation. He worked extensively with the US Forest Service, Eastern Band of Cherokee Indians, Bureau of Indian Affairs, state Departments of Transportation, local governments and private entities.

Ben, his wife Stephanie, and their two children live in southern Macon County and take every opportunity to explore the uplands and waterways in our southern Appalachians. 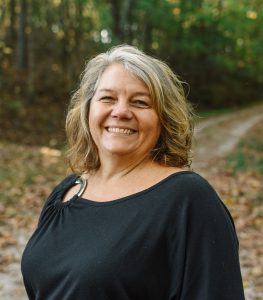 Sharon grew up in the Otto community of Macon County and graduated from Franklin High School.

Prior to working for Mainspring, Sharon worked with the Little Tennessee Watershed Association from 2008-2011 as their Bookkeeper/Administrative Assistant. There she was responsible for grant reports, accounts payable and membership.

In January 2012 the Little Tennessee Watershed Association merged with the Land Trust of the Little Tennessee and Sharon continued on as an Administrative Assistant, and added Development Assistant to her role in 2014. As the Donor Relations Manager, she now oversees mailings and donor stewardship, all while keeping the office running efficiently.

She lives in the Holly Springs area and loves kayaking, camping and hiking. 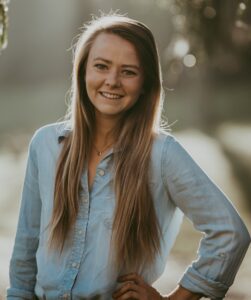 As Land Conservation Manager, Emmie leads Mainspring’s land protection in the Southern Blue Ridge. You might find Emmie scoping out a prospective land protection area, assisting with biomonitoring and stream education, or in the office brainstorming new projects.

After growing up in the creeks of Chattanooga, TN, she earned her B.S. in biology from Berry College in Rome, GA in 2018, concentrating on conservation, environmental studies, and botany. She spent the next couple of years nestled in the Monongahela National Forest in Davis, West Virginia, working on watershed remediation, forest protection projects, trail maintenance, endangered species advocacy, historic interpretation, and environmental education. After a few great ski seasons in the WV mountains, she felt called to move back down south to the Blue Ridge mountains and continue her land protection journey with Mainspring. She joined the team in Spring 2021 and spends every weekend on the trails with her dog, Mabel, in her garden full of heirloom veggies, or cooking a tasty meal with foraged forest finds. 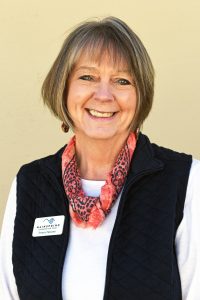 Teresa Falzone joined the staff in a part-time capacity before becoming the full-time with Mainspring in the summer of 2020. A native of Massachusetts, Teresa has lived in North Carolina since 2010 and has volunteered in Asheville as a Read 2 Succeed tutor, at FROGS and at Mainspring’s Rickman Store. A graduate of Stonehill College and Boston University, she has more than 25 years of experience in financial administration, making her a great fit for Mainspring’s needs. Teresa lives in Franklin with her two dogs and is spoiling Mainspring staff with her excellent baking skills. 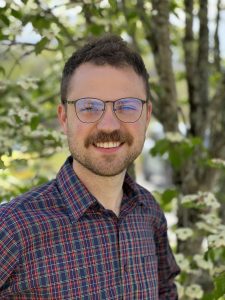 Graham Garrett of Andrews serves Mainspring as a Land Conservation Associate. In this new position, Garrett assists the Lands Program Team with all aspects of conservation – meeting with landowners, researching deeds, mapping properties and helping protect the “best of the rest” in the Southern Blue Ridge.

The Berry College alumnus has a family history rooted in far western North Carolina, but he spent most of his early years on the Ogeechee River in Bryan County, Georgia. After studying agriculture, plant and conservation biology at Berry, Garrett taught ESL at Champasak University in Laos, Southeast Asia. He and his wife, Anna Rose, returned to the United States and settled in Andrews, where Garrett worked on various projects with the Southwestern NC Resource Conservation & Development Council and the NC State Extension in Cherokee County.

Garrett enjoys walking in the woods, exploring old buildings, and tasting interesting mushrooms and plants. He’s an avid reader of fiction, a writer, and a black licorice fien. 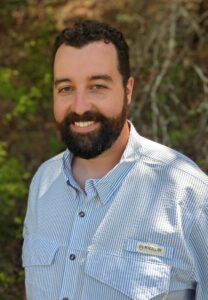 Born and raised in the Ranger Community of Cherokee County, North Carolina, Alex has come home to the mountains after six years of travel, work experience and education. A graduate of NC State with a BS in Fisheries, Wildlife and Conservation Biology, Alex served as a teaching assistant/ornithology instructor at his alma mater before working as an intern ranch biologist, property caretaker and hunting and fishing guide on the 5,000-acre El Tesoro Ranch in south Texas. He moved back to the state in 2019 to work for the NC Wildlife Resources Commission in Halifax, helping to manage public access areas on 35,000 acres of state Game Lands, before joining Mainspring in the spring of 2021.

A lifelong outdoorsman who is known to tell a good story, Alex loves hiking and exploring, and is an avid hunter and fisherman. He also enjoys cooking, baking and reading. 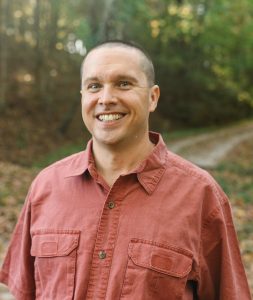 As Aquatic Programs Manager, Jason is responsible for engaging youth and adults in the community in the work of Mainspring. He also serves as the Project Coordinator for stream restoration activities and the Biomonitoring Program.

Jason has been an outdoor enthusiast all of his life. He grew up hiking in the woods and swimming in lakes and streams. This background led him to pursue degrees in natural resources. Jason received his B.S. in Marine Sciences from North Carolina State University (2004). He later completed his M.S. in Forestry and Natural Resources (2008) with a concentration in fish/wildlife populations, specifically working with freshwater mussels. 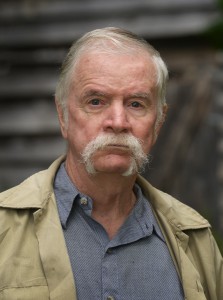 Founder of the Little TN Project

Dr. William O. McLarney holds a PhD in Fisheries from the University of Michigan but considers himself an aquatic conservation biologist. He has worked in aquatic ecology in the Great Lakes region and Alaska and was a cofounder and director of aquaculture research for the New Alchemy Institute in Massachusetts.

He splits his year between Macon County, North Carolina where he has directed a biomonitoring study of the upper Little Tennessee watershed for over 30 years and the Talamanca region of Costa Rica for over 20 years where he founded Asociación ANAI, one of the most successful conservation and sustainable development organizations in the tropical world.

The Biomonitoring Program at Mainspring is one of the most successful in North America and its success led to the North Carolina Governor’s Award for Water Conservationist of the Year in 1994, the River Heroes Award for Dr. McLarney from River Network in 2004, the Roosevelt-Ashe Society Award for “Outstanding Scientist in Conservation” from WildSouth in 2009, and the Fred A. Harris Fisheries Conservation Award awarded by the North Carolina Chapter of the American Fisheries Society in 2014. Bill also has a terrestrial home and family in the Oak Grove Community. 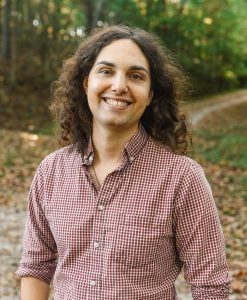 Kelder wears some of Mainspring’s muddiest boots on the ground.  He first joined the nonprofit part-time in 2013, assisting with easement monitoring and property stewardship, which became a full-time position in 2015. As Stewardship Manager, he oversees those responsibilities and is Mainspring’s primary GIS technician and licensed pesticide applicator.  On any given work day Kelder might find himself on a remote easement boundary, in a thicket of invasive plants, or at his desk making a map.

Kelder grew up in Carrboro, North Carolina. He has earned a B.A. in Geography from the University of North Carolina and Master in Biology at Western Carolina University.  Kelder originally got involved with Mainspring as an intern while studying at the UNC Institute for the Environment field site in Highlands, North Carolina.  Though he once worked as a seasonal botany technician and made a couple road trips across the continent, Kelder has happily settled down in Sylva with his wife, Heather and daughter, Alice.  A lifelong runner, Kelder also enjoys cooking, reading, backpacking and simply playing outside. 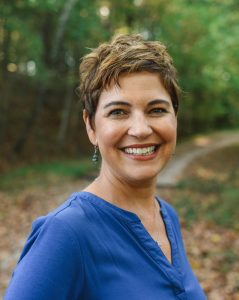 Molly brings more than 10 years of non-profit development work to Mainspring. She previously served as Regional Director of Development at Pursuant, a Dallas-based full-service fundraising firm that works with non-profits. Molly also worked at her alma mater, Arkansas State University, in both alumni and development.

In the position of Communications Director, Molly coordinates the integration of Mainspring’s fundraising, marketing and communications programs.

In her spare time, Molly is busy with her children, Kate and Eli, and husband Randy. 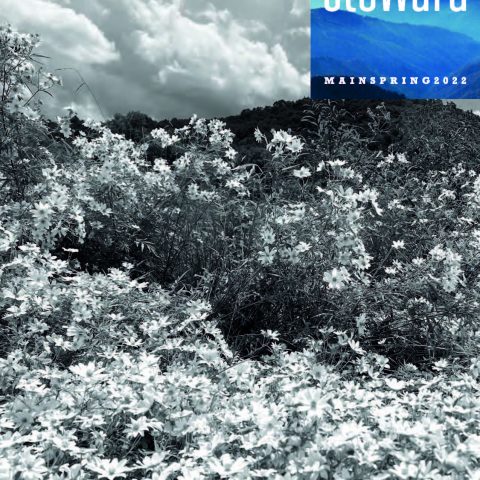 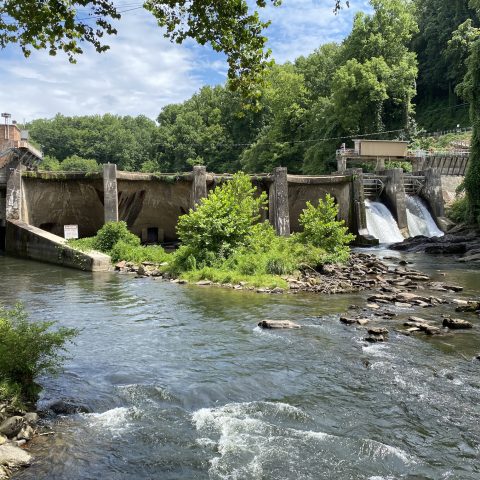 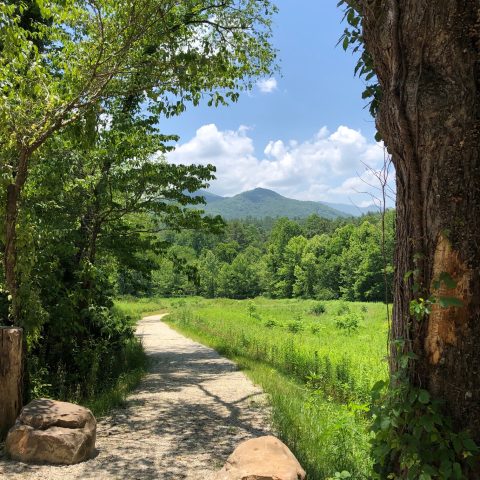