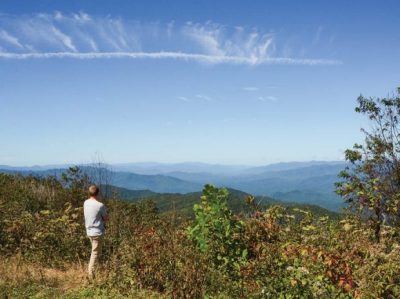 To call the view stretching out below the 5,462-foot bald “spectacular,” “impressive” or even “jaw-dropping” would be an understatement.

In front of me, but so, so far below, Skyland Drive undulated on its way into Sylva, where smoke from Jackson Paper puffed gently into the air and the mountains bordering Catamount Peak barely hid Cullowhee and Western Carolina University. Sylva’s Pinnacle Park covered mountainsides immediately to the east, Waterrock Knob rising up just beyond that and the Blue Ridge Parkway hugging the Plott Balsams between Cherokee and Maggie Valley, which was invisible behind the mile-high mountain range.